Autosled is seeking a Staff Accountant to join our Accounting team. This is an excellent opportunity for a highly motivated individual to join a private company in a high growth phase.  This position will report to the Finance lead and assist in various special projects.

Autosled is an equal opportunity employer (EOE) and all qualified applicants will receive consideration for employment without regard to race, color, religion, sex, national origin, disability status, protected veteran status, or any other characteristic protected by law. 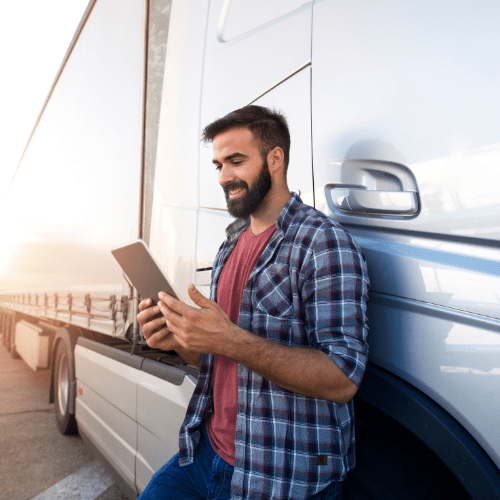 Let’s get one thing out of the way – the term “Driver Shortage” isn’t exactly an accurate description of what is ailing the trucking industry.  According to the U.S Bureau of Labor Statistics, there were 1,951,600 heavy truck driver jobs (CDL required) in the U.S. in 2020.  At the same time, the American Trucking Association reported 3.5 million endorsed drivers, while we continue to see around 100,000 entering the workforce each year.

Despite this discrepancy, associations and large asset-based companies have spread a “shortage” narrative that isn’t entirely untrue.  Companies do, in fact, struggle to allocate men and women to move their trucks.  The real issue is that new drivers don’t stick around for very long.  Low pay, poor treatment and tough working conditions result in shockingly high turnover rates.

“Turnover for truck drivers in fleets with more than $30 million of annual revenue was 92% at the end of 2020, meaning roughly 9 out of every 10 drivers will no longer be working for that company in a year.”  TIME

Combining a high driver turnover rate with the additional frustrations of today’s automotive logistics environment – volatile supply and high fuel costs, results in a shortage of dispatchable capacity that continues to adversely affect delivery times.  Michael Arnold, Operations Supervisor for Ford’s North America Vehicle Logistics, said that the 10 day average delivery time to get a car to a dealer is now more like 15.

To keep pace with demand, large companies need a continuous pipeline of fresh drivers streaming in.  New regulations have lowered the age restriction on interstate truck driving to 18 years old.  Efforts to recruit women have increased as well as increasing promotion of high-paying positions. While these, and continuing to highlight driver shortages, does get people interested, this doesn’t touch the real issue at hand- the labor issue.

This is where technology can make an immediate impact.  Improving the auto transport process by making it more efficient, and profitable, keeps skilled workers in driver seats while sustaining America’s vehicle inventory flow.  While improving the lives of carriers helps big business, it will have a more dramatic effect on small transport companies.

Car carriers who stick around will often try to venture out on their own to (rightfully) collect more of the revenue that they generate.  To become an owner-operator, they must purchase or lease their own truck and trailer.  While some operate large rigs with 9 car haulers, the majority use smaller heavy duty trucks with a 2 or 3 car trailer.  Only 2 million of the estimated 15.5 million commercial trucks in the U.S. trucking industry are tractor trailers while 90% of transport companies operate 6 or fewer trucks, according to truckinfo.net.

Small businesses with lower-capacity trucks do not get consistent OEM contracts or top routes from large dealership groups.  Small carriers often depend on old-school load boards, bouncing around between different dispatchers and brokers, countless phone calls and tireless paperwork.  All of the time consumption, payment factoring, slow cash flow and process inefficiencies make it a difficult environment within which to make a good living.  Technology can give small businesses the level of resources and visibility they need to succeed.  Being able to efficiently manage loads, settle invoices and communicate effectively can boost established businesses and give new entrepreneurs a fighting chance.

The reciprocal benefit to vehicle shippers is that this results in increased shipping capacity.  More transport companies are able to see and engage with vehicles that are waiting to be moved.  This directly translates into increased shipping speeds and stabilized costs.

This 21st century approach to vehicle logistics is slowly becoming the new norm.  Autosled offers its entire suite of transport tools to carriers through a single mobile app at no cost.  Car carriers who would like to get involved can register for free at www.autosled.com/transporters.  Any vehicle shipper interested in connecting to the network via our web-based Dealer Dashboard can do so at www.autosled.com/dealers.

No comments to show.